January 25, 2013
My good friend and fellow author, Janine Spendlove, is taking over this space to talk to you about interacting with potential readers. She's written the incredible War of the Seasons trilogy, a YA Fantasy that's definitely worth your time. But for once, you're not here to read what I have to say, so I'll let her take it away:

Bryan Young and I met camping in line for Star Wars: Episode I. This should tell you most of what you need to know about our friendship. I count myself blessed that not only is Bryan one of my very best friends (and has been for well over a decade now), but that we've been able to work together & encourage each other on our personal "writing" journeys.

When we decided to guest post on each other's blogs I asked Bryan write a piece on finding time to write (he's one of the busiest people I know), and he asked me to write "a piece about the importance of networking with other writers and not being a jerk, since you're so good at it."

I laughed and said something along the lines of that it's not something I consciously try to do... that's just me being me.

So he followed up with writing a piece about "how to interact with potential readers at conventions."
Well, let me tell you, it's one and the same. You treat people the way YOU would like to be treated. Meaning that they are important, that what they have to say is important, and what they have to contribute is important. Even if someone is talking to you about paint peeling, and you find it to be the most asinine/boring story ever, remember that to them, it's important, so to you, in that moment that they are sharing their pain peeling story, it's important to you too.

My long winded point is be nice to people. Talk to people. Be genuine. Don't view people as potential "customers" or "connections to get in good with an editor." No wants to be a commodity, or viewed as merely a dollar sign or a bridge to someone better.

And you can't fake this - you have to really believe it. Everyone is important. Talk to people, even the ones that you think would never in any way shape or form want to read your book. Who cares? They're probably really awesome, and because you're just looking for a customer you'll never know that. Additionally, they may have some fantastic personality quirk or background that will inspire a story for you to write, or a future character trait in one of your books. Again, if you don't talk to them you'll never know.

Now I know for many people getting out there & socializing can be scary, or at the very least uncomfortable. Just remember that I'm not asking you to be BFFs with these people, just smile & say hi. Chat about a cool costume - or if they're in a costume ask if you can take their picture. Compliment them... anything, really. Just be nice, be friendly, and be genuine.

The same goes for "networking" with other authors at conventions (and for that matter, people who run conventions).

Oh, and trust me, if you're a jerk, or keep to yourself, or stab anyone in the back, or lie... people will know. Your reputation is really all you've got, and if it's found out that you're an untrustworthy douche-bag? NO ONE will want you at their con.

I love to get work done at conventions. I set up laptop, put out my sign that says "Author at work, please disturb!" (yes, I WANT to talk to people), and wouldn't you know it, I never get any writing work done, but I make friends & acquaintances.

Just through socializing with people I've been invited to be a guest at various conventions, had authors/book reviewers ask if they could read/review my book (this is huge for promotion), and built a network of artist, editing, and author professionals that I've been able to tap into for future projects.
The best part about all this is IT'S FUN!

So get off your butt, make eye contact, smile, say hi (practice at work if you need too), and above all else stop chasing the sale/networking and truly be interested in other people. 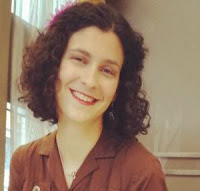 Janine K. Spendlove is a KC-130 pilot in the United States Marine Corps. Her bestselling first novel, War of the Seasons, Book One: The Human, was published in June 2011 and her next novel, War of the Seasons, Book Two: The Half-blood, was released in June 2012. She’s also had several short stories published in various anthologies. A graduate from Brigham Young University in 1999 with a BA in History Teaching, she is an avid runner, enjoys knitting, playing Beatles tunes on her guitar, and spending time with her family. She resides with her husband and daughter in Washington, DC. She is currently at work on her next novel. Find out more at JanineSpendlove.com.