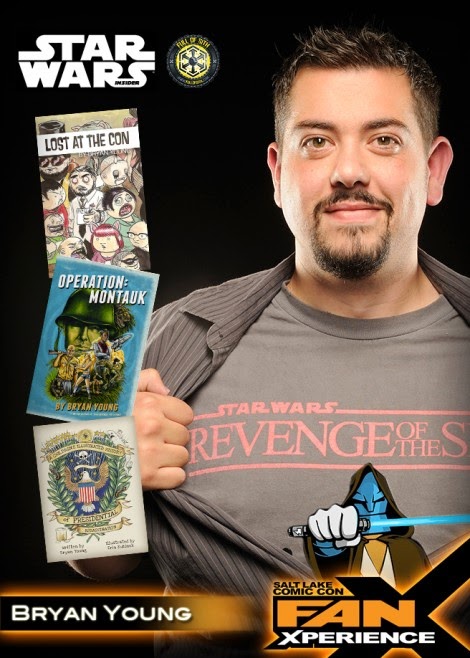 I have my tentative FanX schedule. Things are subject to be added or subtracted, but this is, for the most part, the schedule I'll be sticking to. For the rest of the time at the convention, I'll be at my booth signing books or haunting the Big Shiny Robot! booth.

As far as I know, "A Children's Illustrated History of Presidential Assassination" will be available at the con.

I'm not on as many writing panels as Star Wars panels this year, but there are still a couple in there. Star Wars fans coming to the convention should be excited, though.