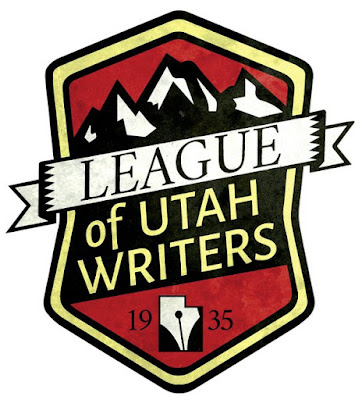 Over the weekend, I got to teach a class for the League of Utah Writers about "Better Diversity" in writing. I'm not sure why I was selected for the particular class, but I was grateful it was offered with me teaching, rather than not at all.

It was a great class and the attendees and I had a great conversation about it, but I wanted to bring some piece of that lesson here to you on the blog.

"I am fine with diversity, I just don't want diversity for diversity's sake."

I hear this a lot, and I'll be honest: I have no idea what the hell it means. I think the charge implies that you shouldn't just insist on diversity because diversity is something that's supposed to be good. I also think it's supposed to mean that there are only certain permissible situations where diversity is welcome, otherwise it should be left alone.

I've also heard that calling for more diversity in writing is sticking a needless political agenda in genres of writing that are supposed to be fun. But I also think this argument is patently absurd. Everything is political, even if it's anti-political. If you have a story set in the future populated entirely by cis-white men doing and saying sexist things, you're saying that some horrible thing happened in the past that prevented that progress from being made which is, inherently, a political stance.

But I went into the class (and this blog post) wanting to prove that diversity for "diversity's sake" will make your writing better.

When you're crafting your story, what you're doing is asking yourself questions about the world you're creating and the characters that populate it. You're asking why things are the way they are. And you should make it part of your process to say, "Why is my leading character the way they are?"

One of my favorite questions to ask is: "Why isn't my leading character female?"

By asking myself this question, I'm forced to defend my decision. I need to come up with reasons that fit the theme and the story to make that character male. If I decide that it's too important for the character to be male through this process, I can still do that, but my writing is still going to be better because I'll have a better understanding of my theme and story.

But if you can't defend the decision, why not change it? If you're defaulting to a male because you're male, that's not a good enough reason. One thing I try to do is challenge myself just a little bit with each new piece of writing I'm doing. I never thought I'd be able to write a whole novel with a woman as a point of view character, but as I examined it, it was a better choice.

Straight, white men have overwhelmingly been leading the genres of fantasy and science fiction for more than a century. By making your lead a woman, you're already breaking a piece of the trope and coming up with something fresh.

But that's not the only question to ask, gender is important, but not everything. "Why isn't my character LGBT? Or a person of color? Or any other under-represented community?"

What if by changing the ethnicity of a character allows you to bring some part of their culture and the history of that heritage into play as a part of the story? Would, say, a Japanese upbringing for a lead character add depth to themes of honor? Would growing up in extreme poverty in an inner-city change a character and make heroic actions all the more heroic? As a writer, you agonize over the details of your character's background, why not do yourself (and your audience) favors by using these under-utilized kinds of characters?

By exploring these under-represented sorts of characters you can add dimension to your writing and better represent a population that hasn't had the ability to see themselves in the genre as much as the legions of white dudes who are going to read science fiction and fantasy regardless. You also make your story better.

If you, as a writer, are not asking yourself questions like this, how do you propose to get to be a better writer? If your point-of-view character defaults to what is easiest for you to write because it looks exactly like you, how will you ever grow? By not embracing diversity and asking yourself questions about your work in that context, for "diversity's sake," serves only to stagnate you as a writer.

So think about it. Pay attention to it. Listen to members of underrepresented communities. Learn from them.

Do your best to play against stereotypes and cliches. Writing based in stereotype and cliche is just bad writing.

Your writing will be better for it, and the world will be a better, more understanding, place, too.

It should also be noted! If a writer is going to utilize an underrepresented community to make their story more powerful, they owe it to that community to make sure they are represented fairly and portrayed accurately. Researching and exploring their realities and cultures thoroughly so as not to stumble into stereotypes or, worse, promoting bigoted ideals. Better yet, have members of that community guide you and give you feedback during the entirety of the process.

I've done two pieces for HowStuffWorks. The first is my latest in the Ridiculous History series about Benjamin Franklin and his phonetic alphabet. The second was a piece about where Rogue One: A Star Wars Story fits into the Star Wars universe.

My latest for StarWars.Com is the cinema behind Indiana Jones and the Last Crusade.

---As a reminder: The Aeronaut and Escape Vector are still out and still need your purchases and reviews. If nothing else, they can use you telling people about them. If you want signed copies, visit the shop here on this page.