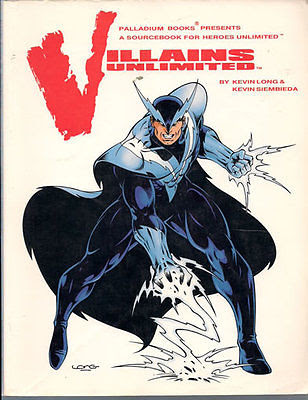 Over the weekend, I taught a panel at SaltCon, which is a gaming convention held each year in the Salt Lake City area. It's a lot of fun and there's always a lot of interest in the intersection between storytelling and roleplaying games.

The panel I gave was on worldbuilding, but I taught about a concept that makes for really great roleplaying game stories from the perspective of the game master, but it can also be a powerful tool when crafting certain kinds of stories.

If there were a style or mode of writing a book that's most like the way a roleplaying game, I would think it's the method of writing that Stephen King outlined in his book On Writing. He talks about how he doesn't do any outlining, he's very much working on the story by the seat of his pants, taking a premise and putting the character (or characters) through the paces. Every chapter he asks himself, "How would this character react to this situation realistically?" and that's the direction he heads.

In RPGs, the game master has to set the premise for the characters and they react however they're going to and the story unfolds in turn from there. As a game master, it's your job to array the forces of evil (or whatever) against the characters in a fashion that makes sense. Unfortunately, there are some GMs that want to tell the story they've devised and want to force the characters through those paces. If you're applying that to storytelling, you're going to have a story that feels very forced and none of the characters on either side of the protagonist/antagonist equation will be authentic or believable.

What do I recommend?

Don't worry specifically if your bad guy "has a plan." Maybe they do have a plan, maybe they don't. That's almost immaterial. They certainly need or want something. And what you'll do is fill up what I call a "Villain's Toolbox" to determine what they have at their disposable. It makes it a lot easier to react to what the hero does if you know what the villain has at their fingertips to change the game back in their favor.

What sort of things do you put in this Villain's Toolkit? Well, what do they have access to? Let's say they're a captain in the local constabulary. They would have access to a small force of police that would be able to do some of their bidding? Depending on the world, they might have access to horses, chariots, or cars. What is their political clout like? Are they well respected? Could they go to the mayor and have the mayor apply pressure to the characters with other means? Do they have a mistress? Or a sidekick? Or a family member that might do something on their behalf? Is there a way that these characters circling in the orbit of the villain could come in contact with the characters, both to give information to them and to take it for the antagonist? Depending on the world, maybe the villain has access to a helicopter, or a griffin, or a dragon. Perhaps they can get their hands on a tank. Perhaps they are just fabulously wealthy and can buy what they need and the escalation of technology arrayed against our poor heroes makes it difficult for them to compete.

The point is, you want to establish all that they have access to before you start your story.

Then when the protagonists make moves that might affect the villain, you can do some roleplaying on your own. "With all these tools at my disposal, what would I do...?"

And it's these sort of questions you want to ask yourself. "Would they keep this a secret at this point? Or would they involve others? Would they ride to the scene of the crime? Or would they send a subordinate?"

This kind of thinking is going to help inform your scenes, keep your story fresh, and help you reduce the number of plot holes you might otherwise let leak into your story.

It's important to put yourselves in the heads of all your characters, and building a toolkit like this for your villain is a really great way to make sure you're treating them with the respect and authenticity they deserve.

--
As for my recent writing, I started a new column examining the cinema you should check out after new releases for CrookedScoreboard.com. My first piece was on Logan.

Another piece I did for HowStuffWorks was about the times Wolverine kicked the most ass.

--
As a reminder: Please join my short story Patreon here.  Your contributions to the Patreon help me write more like this.