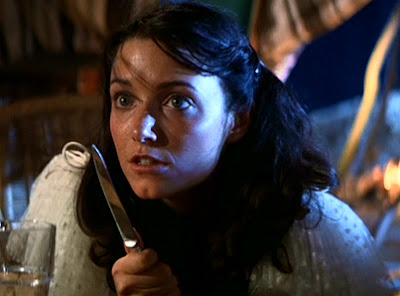 I was asked by a fellow writer how to approach characterization in a way that allows one to express their personalities without putting it into plain text. And I think that's a great question. No one likes to read about how a character acts outright. They want to see it.

A lot of this will come down to the classic "show don't tell" advice.

No one wants to read a passage where you say something like, "Jason was a constantly nervous person who liked ice cream when he could get it. He had a short temper and was prone to large outbursts. He hated this about himself and would cry himself to sleep at night."

This is the sort of narration that might fit well in a Wes Anderson movie, but to make that character interesting without a person like Gene Hackman or Bill Murray sort to inhabit it, you need to show us all of these things. If your character is constantly nervous, how can you show that in other scenes? Are they constantly biting their thumbnails? Are they scratching their neck and sucking in a breath when things get uncomfortable? How can you show me that they're constantly nervous? What are their quirks of character?

Telling me a character has a short temper isn't as powerful as showing it. How can you craft a scene that's germane to the story that would illustrate this? Does this Jason character blow up at his wife because she disagreed with him about the television station? Or does he get into it with his boss over a mistake he made? What does his temper look like? Does he get quiet and passive aggressive? Or does he yell?

Then instead of telling us that they cry themselves to sleep, show us. What's their thought process as they're laying there in bed? Are they counted missed opportunities like sheep? Are they cataloging each of their failures and wondering which is going to be the one that descends them completely into depression? Do they have existential dreads that make them want to lament the short time we have on Earth? Show us what that looks like.

Have an idea of what your character is like and think about the story you're putting them through and think about how to craft scenes that will test them. Have a character that dislikes kids? Set a scene in a daycare that forces them to deal with it. It's great characterization and makes for great drama.

Really, what a story is designed to do is to show us what a character is made of. They might not quit biting their nails through the course of a book, but they might learn how to deal with their temper.

William Goldman taught me a lot about characterization in his book about screenwriting by describing his process of working on the opening of Harper. Paul Newman is down on his luck and probably poor. What better way to show me that than having him search around for coffee grounds, finding none, and putting day-old grounds back into the coffee maker for his morning cup?

You'll notice this a lot in great movies, too. Watch Marion Ravenwood's introduction in Raiders of the Lost Ark. She is in a drinking competition against a solid tree-trunk of a man. And she wins. What does that tell us about her character? That she's going to hold her own against men for the rest of the picture? That she's feisty and can hold her liquor? What happens next, though? She's wearing this armor when she's talking to Indy when he comes in. But as soon as he leaves, as soon as she's alone, she's winsome. There's an incredible depth of character over those three scenes and we are never once told, "Marion is strong but has a soft side."

But these are decisions you have to make about the character at the outset and work on them. And you might need to refine them over revisions. The book I'm working on now, I wanted a character that was having a crisis of conscious, but I wanted her to be more of a rebel in the second draft, so going through and finding ways to combine those two things have been hard, but it's worth it and I think it's creating an interesting character that people will respond really well to.

It's not easy, but this is what your teachers meant when they told you to show not tell over and over and over again when you were learning the basic skills of writing.

As for my writing recently, there's been a ton of it over the last few weeks, but I've been gone so long that would just be a giant list. I did stuff for City Weekly, StarWars.com and some other places. The biggest thing, though, is the piece I wrote for my new Patreon story, which I'm really proud of. I've also been swamped on my short film, which I'll give you an update on once we're wrapped.

You can read "The Ghost Ship" now by backing my Patreon.