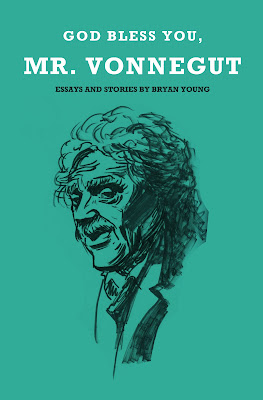 As some of you may know, I'm a huge fan of Kurt Vonnegut. Disciple might be a better word than fan. His body of work might have influenced more than anyone else (including George Lucas).

Over the years I've been collecting short stories, letters, and essays published elsewhere that have been directly about or inspired by Kurt Vonnegut.

I've finally put together a book's worth of material and it is now available to you.

It also contains various letters and other connecting material.

You can buy it digitally right now at Amazon, Barnes and Noble, or other eReaders.

The print copies will be out in the next month or so and are available for pre-order below. All copies bought through my site will be signed and personalized.