Confessions of an Independent Filmmaker 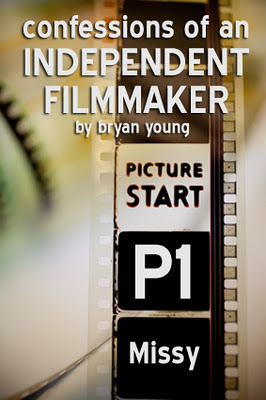 I've been working full time as a producer of film and video projects for a long time now, and I've been working at that even longer as a part time job.
I've worked on a lot of films, I've made a lot of films, and I think I've done some things that were fairly unique over my years. I've built spaceships, infiltrated Sundance, and if there's a job on a film, pre-production, production, post-production, distribution, or marketing, I've figured out a way to do it on my own, without the support of a massive studio or even a mini-major.
My background in film is really what taught me the skills to do what I've accomplished in the world of publishing.
In the hopes that my stories might inspire or inform other aspiring creative types, filmmakers, writers, etc., I've begun collecting the best stories and advice I've experienced into this new series.
Part One was released today and details what it took to make Missy, which is the first movie I co-wrote and co-directed (with Elias Pate.)
This is intended to be the first part of a serial that takes people through  my personal experience through independent filmmaking and my study of the craft. If nothing else, it will serve as a giant "What Not To Do" warning.
You can pick it up on Amazon and Barnes and Noble.
When the serial is finished, it will be collected in print, until then, it's going to be digital only.