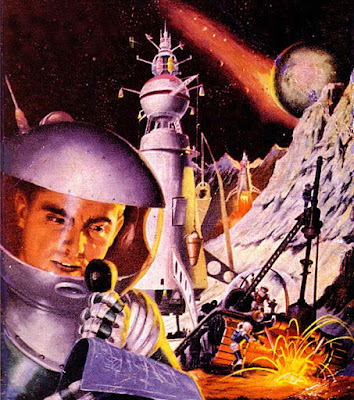 Tomorrow, I will be teaching a class to a bunch of high school students about world building, technology, and tropes in science fiction. I've been thinking a lot about what I'll be saying to them and thought it would be a good topic for the blog this week.

Mainly, I'm going to be telling them to ask themselves questions.

When you're building a world in a science fiction story, whether that's a planet, a system of government, or the equilibrium of an entire galaxy, you need to ask yourself a lot of questions. Why is a thing like this the way it is?

Take the planet of Mustafar, for example. 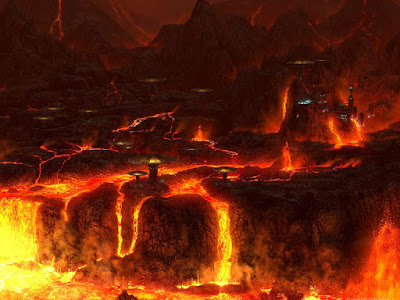 This is the volcanic lava planet from Revenge of the Sith. The designers behind the planet had to ask themselves what the structures and creatures on the planet would look like. And to do that, they had to go back and ask how it would evolve over time? Well, start with the idea of who would live on a planet like this. It's inhabited by an insectoid race well-suited to the heat of the planet. But, like most species, they evolved side by side with animals. Mustafarians are locked in symbiosis with the lava fleas of Mustafar. They burrow into the settled parts of rock, but have heat resistant shells that can be used as armor against the lava. In order to compete on a galactic scale, the Mustafarians were able to extract minerals from the lava for sale to places like the Techno Union army. Their technology for structures became dependent on shields to protect from the heat and repulsors to keep them above it.

All of those things were arrived at by asking the very natural question of why? 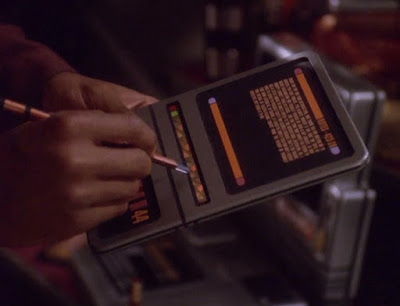 The same thing goes of technology. I think Star Trek is a great example of asking why and how as far as technology is concerned. In fact, Star Trek is what helped scientists and inventors envision things like cell phones, space ship design, iPads, and all kinds of other technology. And when we got to a future where we had things better than we saw on Star Trek, they kept pushing that to the future. Star Trek: Enterprise was a prequel to the original Star Trek series and had to split that difference between the bulky 60s futurism of the classic show and feel like a possible future for our current technological capabilities.

But Star Trek handles things in a very science-based way. Everything feels possible or has a rational explanation if you know the science behind it. Why not swing the other way, then? Star Wars does this. It's a rule there that they don't introduce any technology that you couldn't imagine someone from the 1940s easily understanding. It's all World War II in space. Neither approach to technology is wrong.

But what about the social advances? If we're looking at our future, how do we determine where we're at in fifty years based on where we're at now? Look at the current demographics. Is the majority of America going to be white in 20 years? 40? Not according to the available data. So why would your cast look that way? What language would we speak? That's why Firefly and Blade Runner have infusions of Asian influence in their futures.

These are the questions you need to be asking yourself constantly. What was the past of your world like so you can determine its present?

Studying history is important on that score as well, to see how social movements change based on technology. You can see drastic swings in technology every time methods of communication get easier. What will be that next swing in communication in the future world you're building? Will technology cause a rise in things like xenophobia or conservatism, leading your world to look more like Oceania in 1984? Or will there be a war that will make it look like Hunger Games or Mad Max in its wake?

Since it's a post-apocalyptic future of our current world, could it be argued the Shannara series is science fiction?

Really, what building a sci-fi world comes down to is asking yourself questions. Extrapolate from what you know and make the best guess for the world to tell your best story.
--
As for published work this week, I have a new playlist on StarWars.Com all about Saw Gerrera.
--
As a reminder: Please join my short story Patreon here.  Your contributions to the Patreon help me write more like this.