The Symbiotic Relationship Between Art and Politics 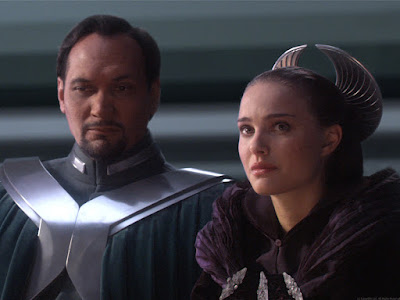 There is no doubt that this has been a turbulent week in the country I live in. There are many of us that are confused and shocked and afraid of what might be to come in the future. That's understandable. As artists and writers, I feel like we're typically more empathetic than the general population. It's easy to think about what it's like to be in someone else's shoes because we spend so much of our creative time almost literally in someone else's shoes. And we need to pass that understanding on to our readers or viewers or however else they're consuming this art.

I've seen this troubling idea, though, that art needs to be purely for escape and that political themes should not encroach into that escapist enjoyment. This is something I find worrisome. Marshall McLuhan, the famous media theorist, said once that "Art at its most significant is a Distant Early Warning System that can always be relied upon to tell the old culture what is beginning to happen to it."

This is why you see more diversity creeping into mainstream art and writing. Although The Incredible Hulk is a comic book still "just for escapism," there's a reason that we're not looking at tired old white guy Bruce Banner anymore. Instead, we have an Asian character named Amadeus Cho. The mantle of Thor was taken up by a woman. There are more representations of LGBTQ+ populations on TV and in movies than ever. This is the early warning detection system, the way we are allowed to be told which direction our culture is heading. It's not because artists and writers are prescient, it's because they have their fingers on the pulse of empathy and understanding. They create art to spread that.

So when I look at what's going on around me and use Star Wars to make sense of it, it shouldn't be seen as offensive, it should be taken as commonplace. Artists and writers work to help us better understand our world. I don't want to automatically vilify those who voted for Donald Trump, though I tried very hard in those first few days after the election. It was Attack of the Clones, though, that helped me better understand what was going on. Specifically, it was the story of Jar Jar Binks and how he was manipulated by Palpatine into doing absolutely the wrong thing. We look at this and say, "Of course, Jar Jar didn't know what was happening, it makes sense." But take a deeper look.

Jar Jar represents those people in rural America who, more than likely, have good hearts and want to do what's best for the country. How is it their fault that they were fed the lie of making the world a better place through the manipulation of monsters? I don't hate Jar Jar for what he did, I tried to understand why. And I think Jar Jar learned in time to feel bad enough about his actions, the real work that was needed was destroying the system that manipulated him in the first place. Through looking at politics through the lens of my favorite art, I was able to come to a better understanding of humanity. And George Lucas provided me with those early warning tools way back in 2002.

Star Wars specifically, since that's my regular wheelhouse, has been plagued with people saying that politics should be left out of it, but its message is inherently political. George Lucas created the original trilogy as a comment on the Vietnam War, the Prequel Trilogy was the early warning system I needed to help understand the 2016 election. Who could have predicted? The artists. The writers. The inherently political nature of art.

And I know some are reading this and saying, "But my art isn't inherently political, I shouldn't be expected to say something about the world." But even when you try not to, you are. Take for example an epic fantasy written today, full of medieval European stereotypes, white people, and the common barbarian saves the princess and the magical object that will free the world from oppression story. If you're writing that, it becomes a political comment about your attempt at being apolitical. It becomes a comment on what someone like you isn't seeing in the world.

I made this analogy before in a piece I wrote called "All Art Has an Agenda" and I think it's still apt:


Claiming to not have an agenda is an agenda, too.

Consider this: If your science fiction story set in the future is about manly men with ray guns saving damsels in distress, you built a world where sexism wasn't addressed in the past. That's an agenda and not a good one.
If your story in the future is populated full of white people, there must have been a genocide of minorities in the past. That ignores all of the demographic data we have today that says the world is becoming less and less white. Hell, Salt Lake City, the city I live in and one of the least diverse in the country, already has a majority of minorities in its school system and that number increases every year. Ignoring all of that to tell a story set in the future is an agenda on its own.
Maybe that agenda is merely revealing of your prejudices and world view. Maybe it's more insidious, maybe it's less, but that agendaless agenda exists and is damaging to the forward progression of society.
If your agenda is to write vapid stories that don't address agendas and are nothing but "visceral, gut-level, swashbuckling fun," you're writing from the anti-agenda perspective that preserves the status quo. Does anyone believe the status quo to be a good thing? We want a better tomorrow, don't we? So how would arresting the progressive agendas in our art get us there? If we want a better tomorrow, of course,we'll embrace diversity and gender and racial equality and acceptance of different populations we might not even be aware of currently.


That art is so intertwined with politics is a good thing. Embrace it. You'll learn about your world that way.You'll learn about other people that way. But to ignore the intersection completely is... well, frankly it's bizarre. Stories have always endeavored to teach people something. From early fairy tales to Star Trek, these stories demand that you learn something. Don't feel like that's a bad thing. And if art teaches you something you disagree with, ask yourself why it disagrees with you.

Even that small amount of questioning is a political act.

--
As for my writing, I've had some things come out recently I'm pretty happy with and I'm mere hours away from hitting my 50k word goal for NaNoWriMo. Since I'm not even halfway done with the month, I'll be doubling my goal and shooting for 100k. Especially since I'm still in part one of my book, of three planned parts.

As far as pieces that have come out: First was this piece for Fantasy Flight Games about the Jack the Ripper themed game Letters From Whitechapel.

Then for StarWars.com, I had a piece about the Wookiees.

I also finished a new short story for my Patreon, and it should be available to read in a few days after I get some revisions finished.